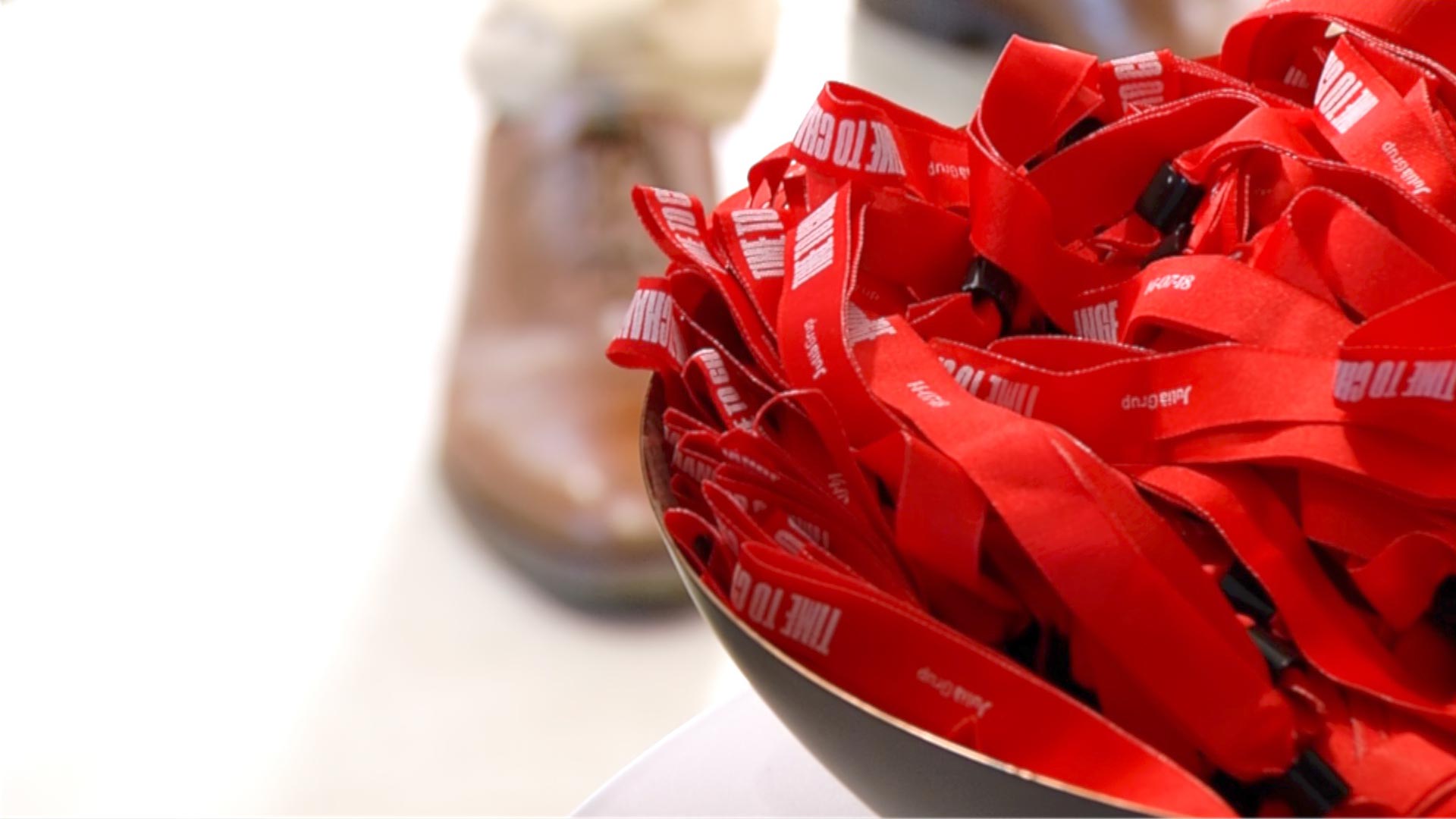 “Time to change” was the motto chosen for the party, which also wanted to celebrate the change of direction of the group: for more than 35 years has sold furniture and decoration to B2B and for the past 5 years is focusing on selling online to B2C customers through its brand flagship Kave Home. 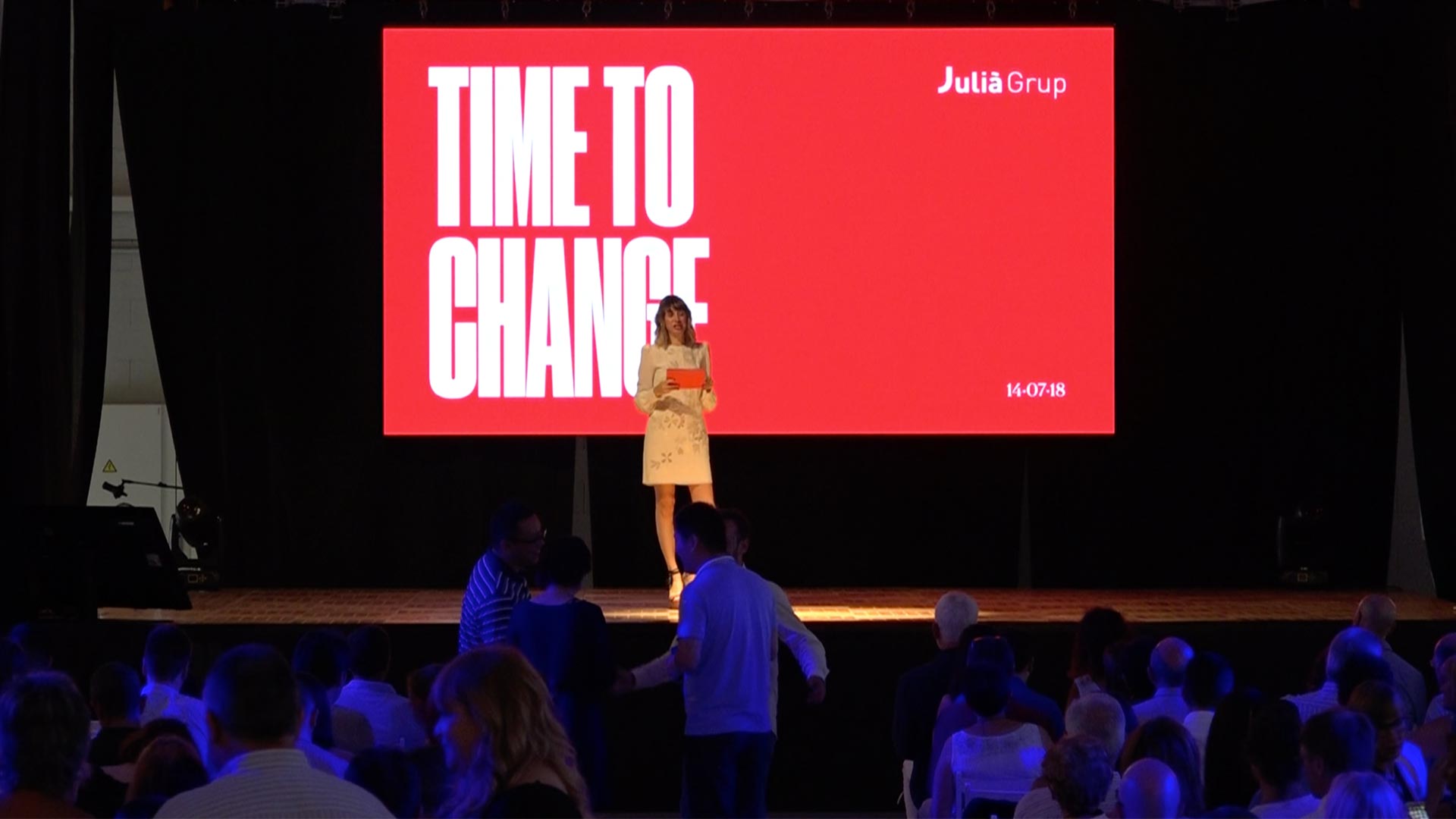 The journalist Bibiana Ballbè presented the event, which featured an inspiring talk given by the prestigious economist and communicator Xavier Sala i Martín, who spoke about the challenge faced by all companies and in particular Julià Group: the change. 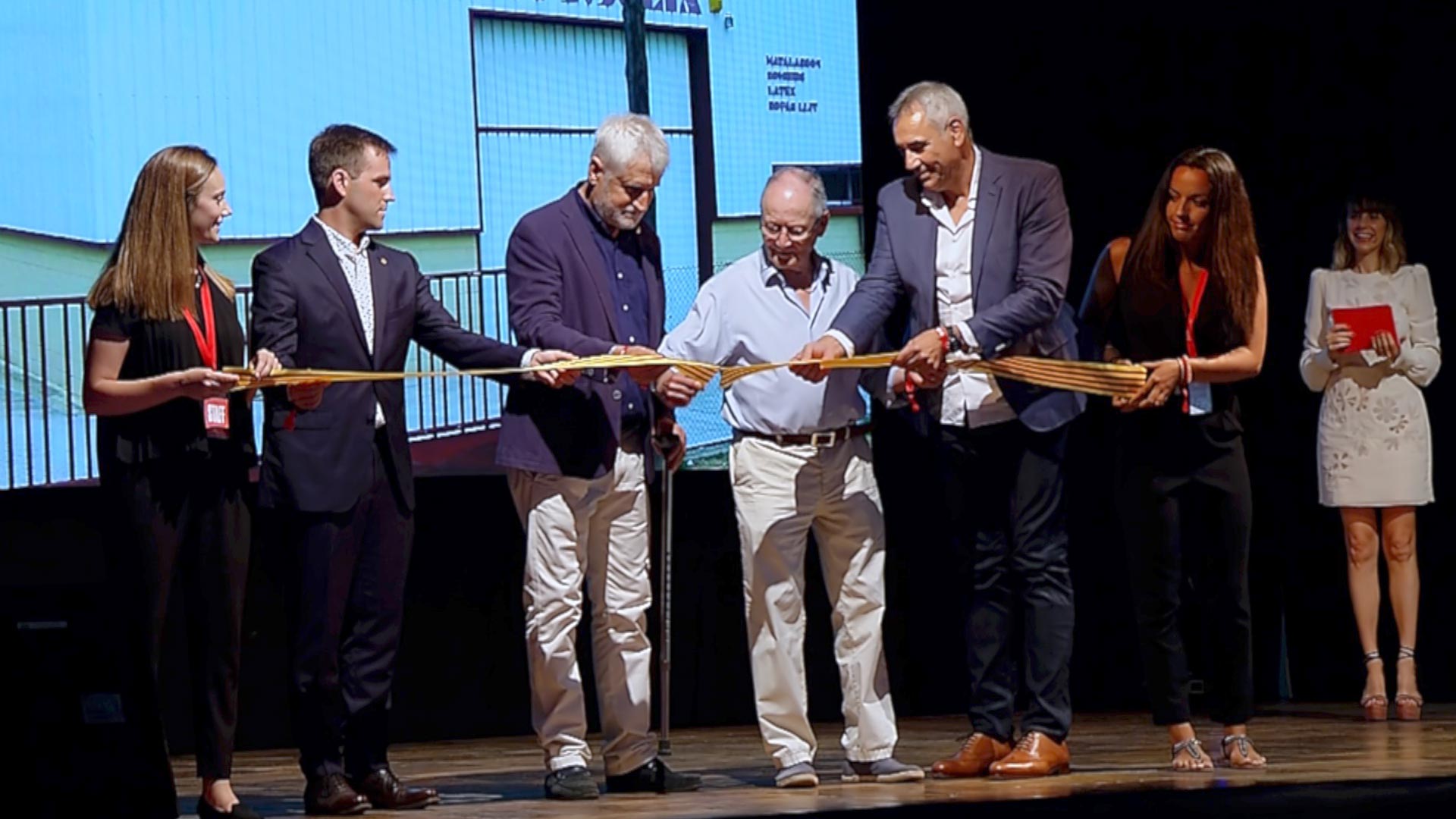 Thereafter, took place the ribbon-cutting, starring the proprietor and CEO of the company, Francesc Julià, and the former mayor of Sils, Joaquim Rovira, who opened these same offices 15 years ago, before enlargement and the current office’s renovation. Also, attended the mayor of Sils, Martí Nogué, and Jordi Camps, the mayor of Vidreres, the neighboring town.

Currently, the headquarters have a total of 7,000m² considering the offices and the R & D department. Efficiency and sustainability have been taken into account in its development, as well as open spaces that facilitate communication and learning between departments. 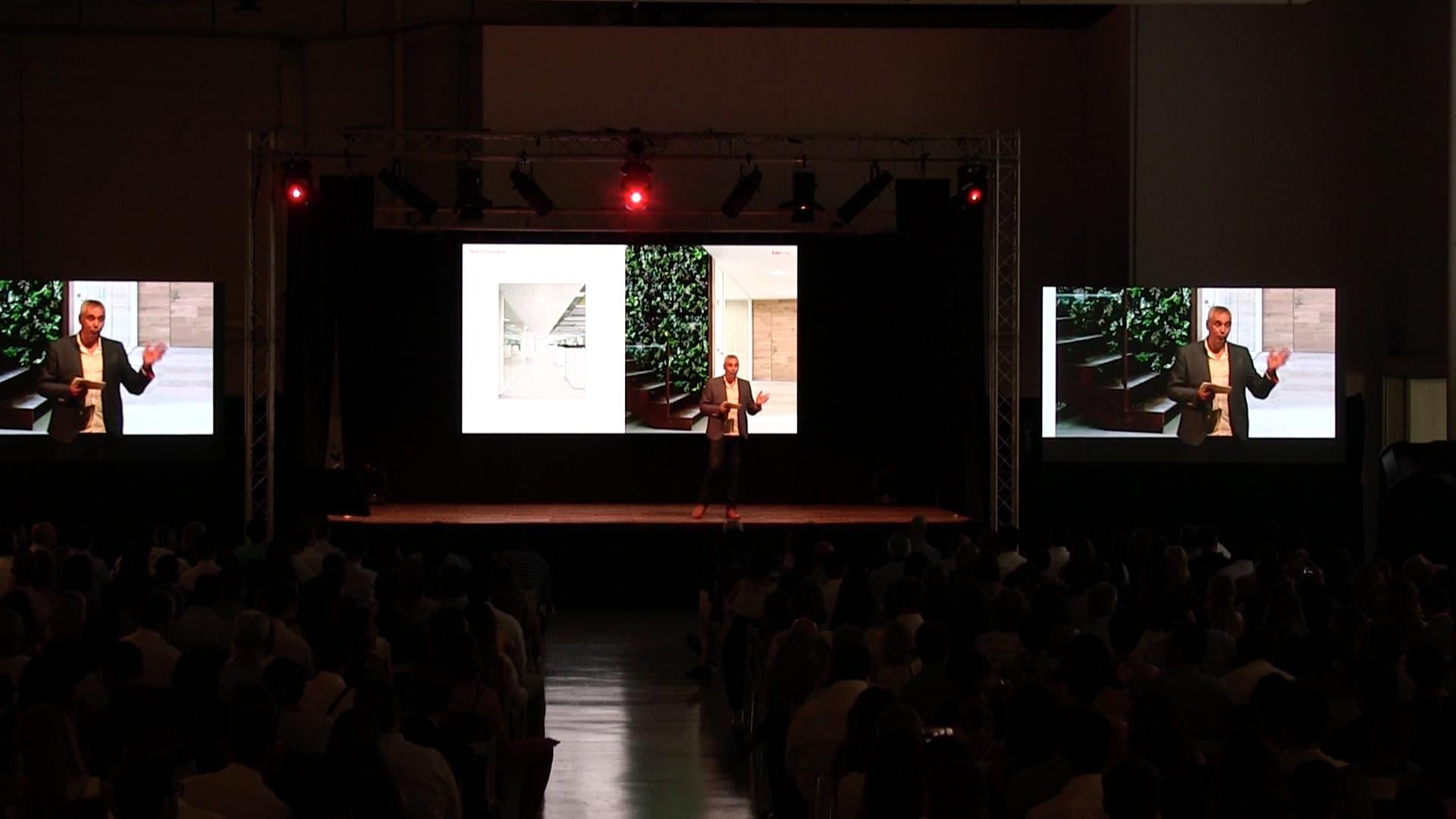 Francesc Julià dedicated a few words to all the workers, comparing the company and its culture with the Castells, a Catalan cultural phenomenon that consists of making spectacular human towers. Julià emphasized the importance of effort and teamwork. 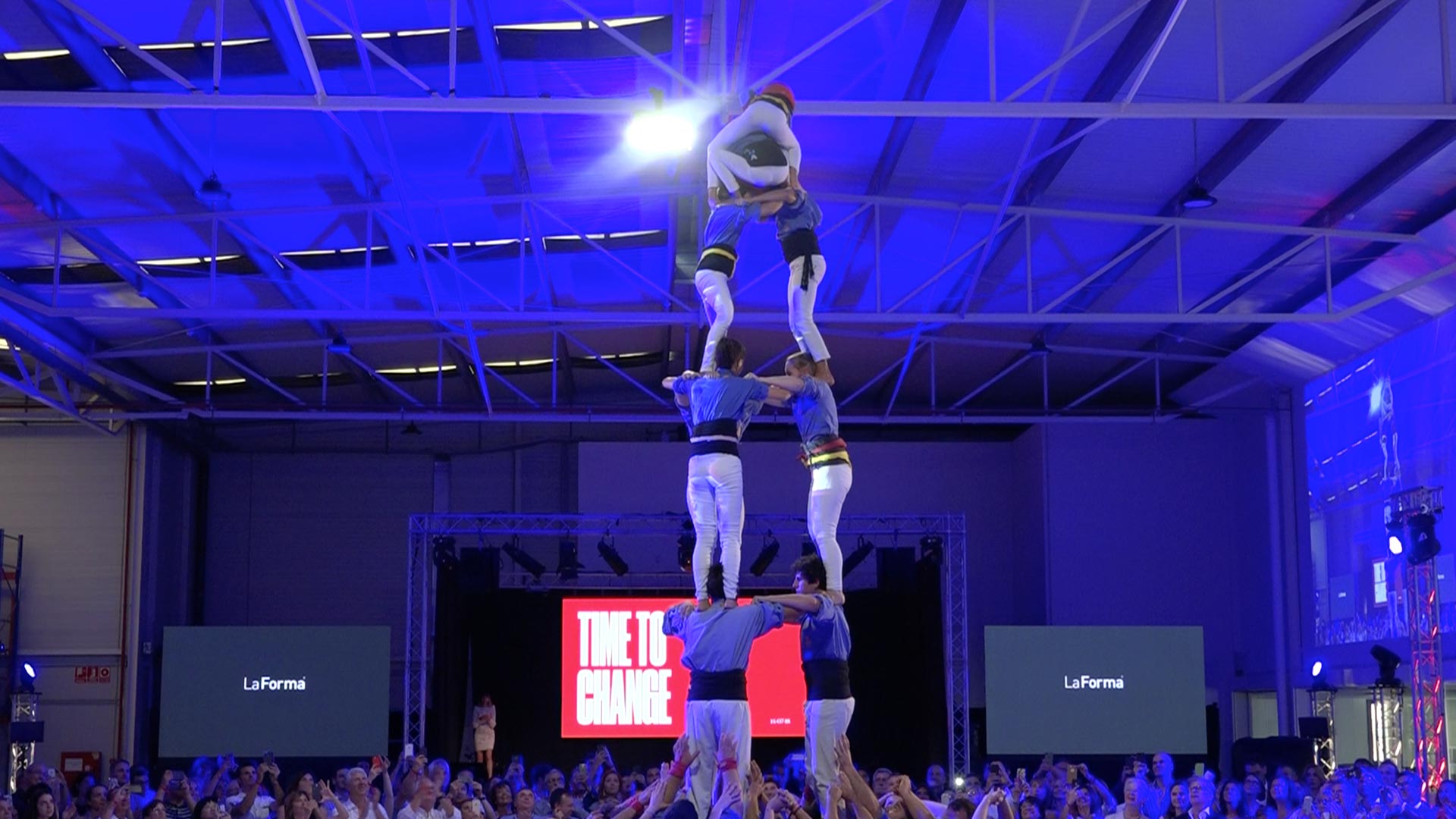 That is why, the Marrecs de Salt castle colla, delighted attendees with 4 castles, the most spectacular of all a 2 of 5 with “figuereta”. 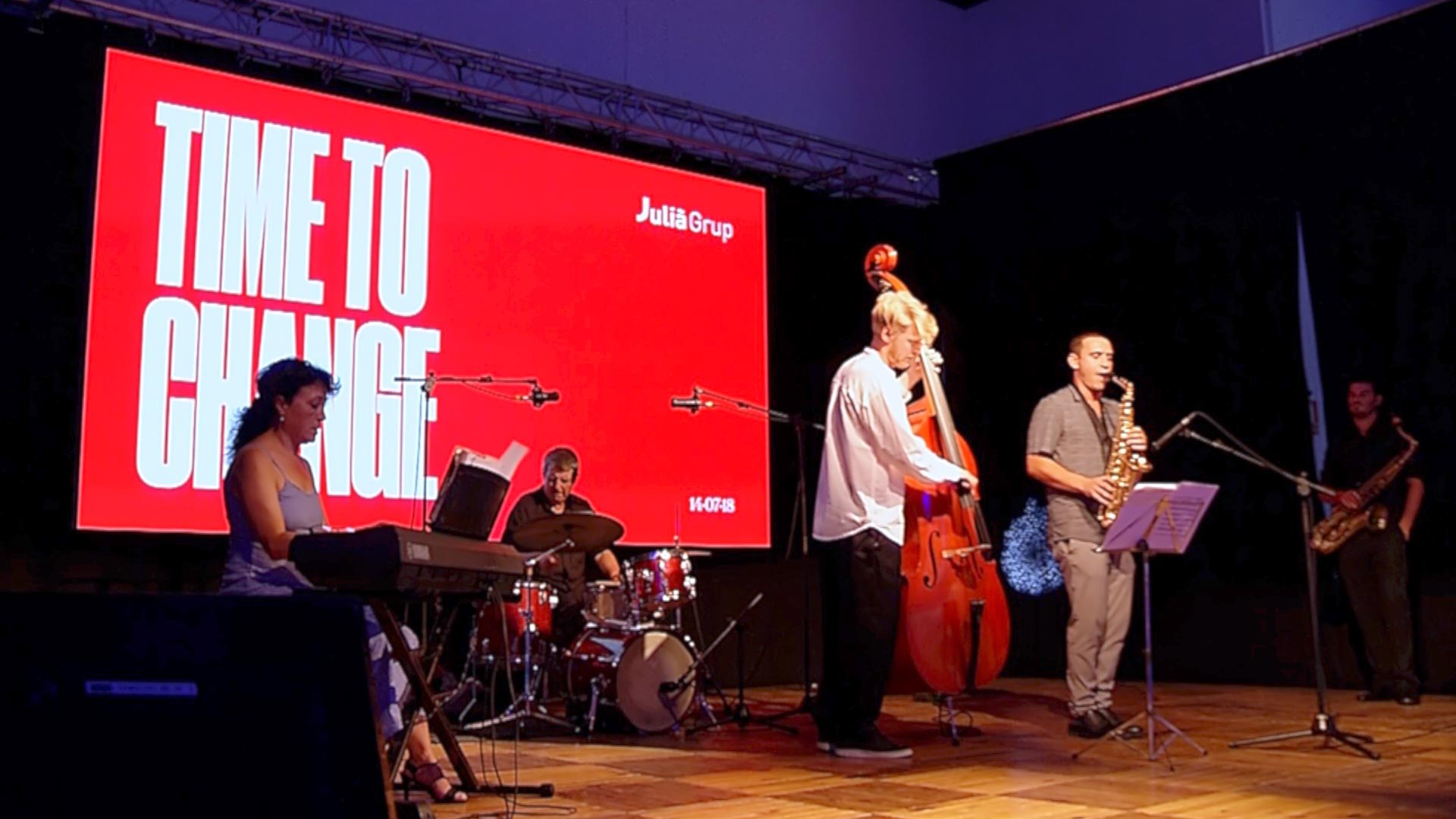 Once the show was finished, guests could enjoy a dinner by the catering El Molí de l’Escala while a jazz band entertained the evening.